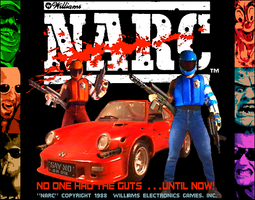 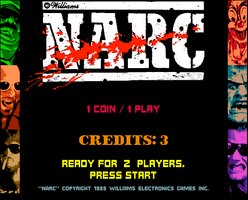 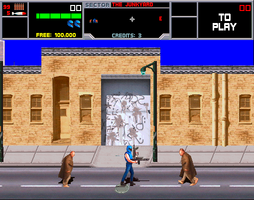 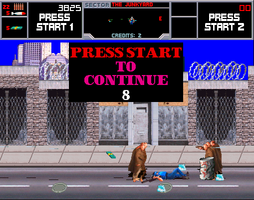 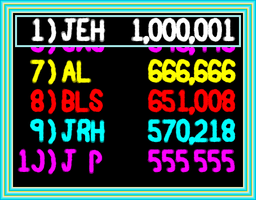 The story of the game I am adopting, NARC, started with an event that San Jose State held in the Campus Village B dorms. They were hosting an Arcade game day where you could play arcade cabinets brought in by the RAs.

Their selection included classic arcade games such as The Simpsons as well as the Game Development Club's Cabinets. However, there was also a very obscure arcade game about hunting drug dealers born out of the War on Drugs era: NARC. 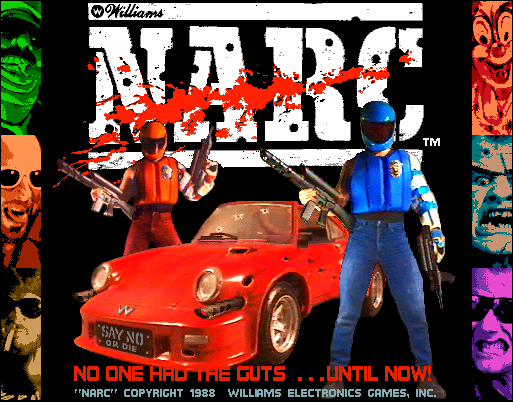 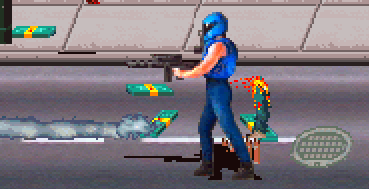 Drug dealers walk with their hands in their coat and suddenly pull out weapons to attack the futuristic cops. The player has the choice of killing the dealers or busting them by standing adjacent, which is rewarded with a bonus (though, it is impossible to do without dying).

Dealers throw syringes, dumpsters (if they are high on PCP), and drop bags of cocaine and money which the player cops can pick up to increase their score. 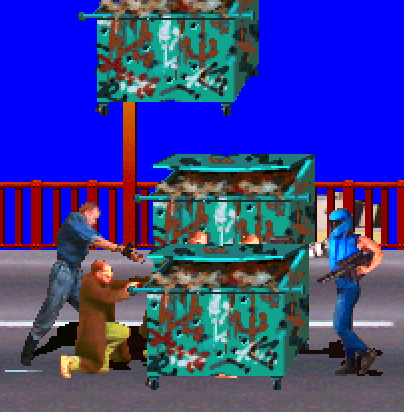 Reliving NARC through the internet arcade was fun and initially difficult. While some pages have instructions for controls, this page did not. I was forced to lookup how to start the game which included pressing F2 to advance, space bar in the setup menu to hit “EXIT GAME SETUP”, then 5 to put coins in and finally 1 to start the game.

To play the game, you had to press arrow keys to move, left ctrl to shoot, left alt to jump, and spacebar to shoot a missile (which there was only a few of). These controls were terrible to play NARC with, especially because the biggest keyboard real estate (the spacebar) is not used for shooting, which is the most important player interaction with the game. Since I did not play for a long time, I likely did not experience the wrist pain that would come with this control scheme.

In addition, I was a little less enchanted with the game as I was with the actual cabinet when I first played it. I am somewhat of a classic gamer for arcade games, so I always prefer the mesmerizing chemical displays of an old CRT and the accuracy of arcade buttons and joysticks.

However, what filled me with wonder and many questions was seeing the cabinet and coin video promo in person. 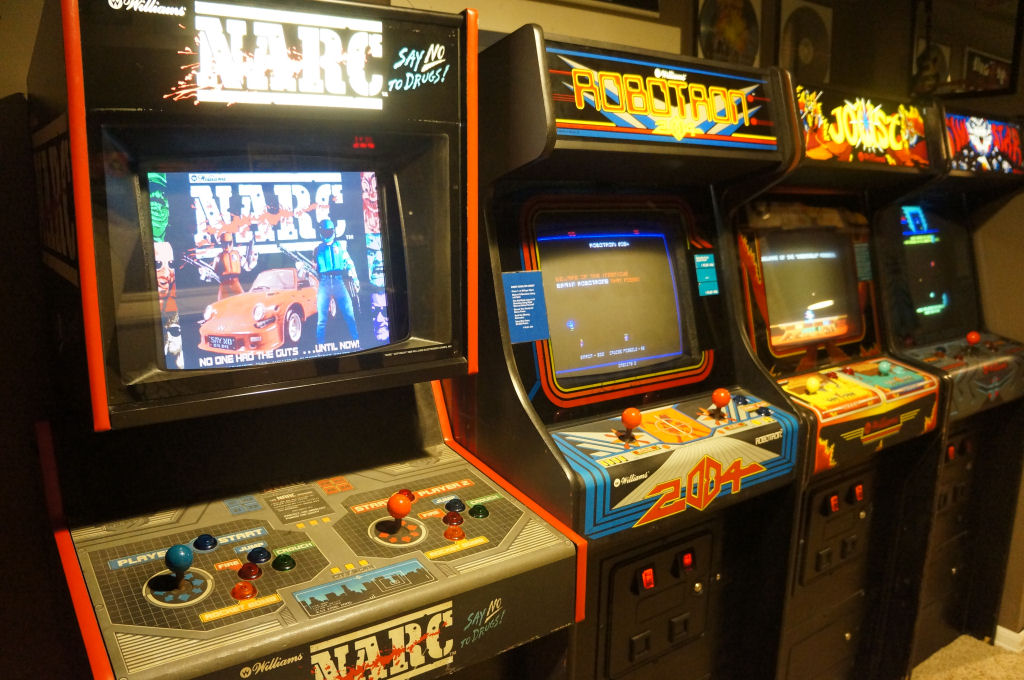 Why would anyone make a gorey game about gibbing drug dealers that look like flashers? Based on its release date, was the game made to prevent kids from using drugs or was it made to be a satirical look at the violent War on Drugs?

If I had not first experienced this obscure game by seeing its marquee and promo in person, I might have thought that it was just another shoot-em-up with your quintessential 90’s bad guys. Pass.

Instead, the interesting shape of the CRT above and the tagline "Say NO to Drugs" immediately captured my attention.

Regardless, NARC can be a small look into the the outputs of an era where 80’s action movies and  arcade games attacked drugs with a violent crusade.